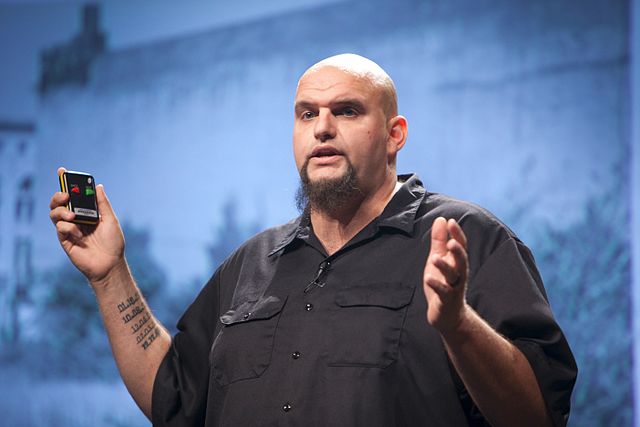 Radical & Extreme: Putting Himself at Odds with Majority of Pennsylvania Voters, John Fetterman Opposes Voter ID—Revealing His Own Racism

Common-sense voter ID protections are supported overwhelmingly by Independent and nonwhite voters, and nearly half of Democrats according to statewide poll

Washington, D.C. – Democrat nominee for Pennsylvania governor John Fetterman thinks “people of color” are not smart enough to know when to have their ID on hand. Specifically, Fetterman says he opposes voter identification laws because poorer Americans and “people of color” are “less likely to have their ID at any one given time,” such as when voting for an elected official.

“…[T]here’s tens of thousands of Pennsylvanians who typically are on the poorer side and are people of color that are less likely to have their ID at any one given time,” Fetterman, who is currently serving as Pennsylvania’s Lieutenant Governor, said in December 2021.

Such racist presumptions are completely at odds with what people of color think on this very issue.

“One of the most extreme left-wing policies embraced by Democrat politicians today is the abolition of common-sense voter identification to vote in U.S. elections. Despite widespread support from virtually every voting group, dishonest radicals like John Fetterman continue to advance race-baiting rhetoric while ignoring minority support for such policies. Fetterman’s bigoted, derogatory, racial assumptions and stereotyping imply that poor and non-white Americans are too dumb or incapable of taking their ID with them to the voting booth. Make no mistake, Fetterman can’t be counted on to put the best interests of Pennsylvania voters before Democrat party politics. This is not a man acting in good faith for free and fair elections every voter can trust.”

Additional polling released previously by the Honest Elections Project showed 77% of voters, including strong majorities of Republicans (92%), Independents (75%), and Democrats (63%) all support requiring voter ID. 64% of Black voters, 77% of Hispanics, and 76% of low-income voters reject the notion that presenting a form of ID at the ballot-box is a “burden.”